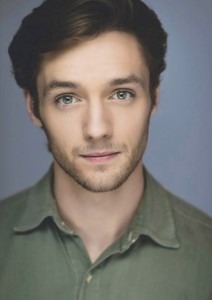 Jason Treviño is a Seattle-based actor and director originating all the way from Houston, Texas. He is currently obtaining his MFA with the Professional Actor Training Program at the University of Washington. Jason is trained in acting for the stage and for the camera and has a passion for both. He prefers his work to support social activism and he believes that art has the power to slowly change the hearts and minds of the people who experience it. Jason is the happy father of one pup, Sandy Cheeks, who he enjoys going on hikes with very much. 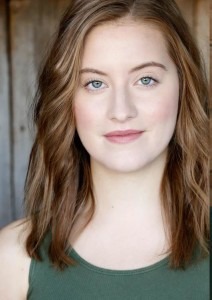 Cora Cleary is an actress and improvitarian with the goal of creating meaningful entertainment pieces that spread awareness on social issues, hopefully making some laughs along the way. Originally from Snoqualmie, Washington, Cora grew up camping in the San Juans and dancing at the Pacific Northwest Ballet. Eventually, Village Theatre Kidstage and an improv troupe swept her off her feet and she joined the film industry. Cora is now living in LA, pursuing a BA of Theatre Arts at Loyola Marymount University LA and continuing classes at the Groundlings Theatre. Cora has appeared in T-Mobile commercials, the Netflix original series, “Everything Sucks!” and multiple short films. Her multi-colored eyes, coordinated eyebrows, and quirky humor are a few of her unique attributes. 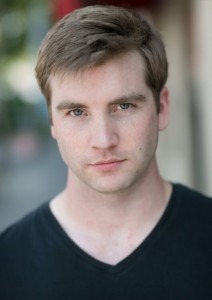 Kaelon Christopher began his acting career at age 9 with industrial short films and regional commercials.  Starting with the Seattle Children’s Theater, Kaelon continued working steadily into his teens and 20’s. He was seen in the Seattle International Film Festival at age 15 and booked Bizkid$, an Emmy Award-Winning PBS show at age 17. Bizkid$ went on for 6 seasons and Kaelon was a main cast member on all 67 episodes. The show opened his horizons personally and professionally and enabled him to experience some incredible moments, such as ringing the closing bell at the NYSE at age 21. At 18, Kaelon moved to Los Angeles to pursue his acting career. A few years later, he had completed work for the Disney Channel, starred in graduate films at USC, and was a main cast member on a travel show for teens. Kaelon recently moved back home to Seattle where he continues his career in entertainment with jobs ranging from voiceover work and commercials, to feature films. 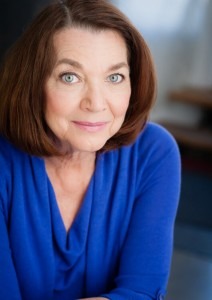 Jan D’Arcy has worked with world-renowned directors and filmmakers including David Lynch, Gore Verbinski, and Frank Marshall. She flew 14,000 feet by helicopter up to a top of a mountain shooting the film Alive, starred as an ex-stripper in Better Off Dead, and was brutally murdered in Countdown. She had a recurring role in the Emmy-nominated TV series Twin Peaks and Twin Peaks – The Return. She has appeared in over 1,000 radio and TV commercials. Her radio program, Communications Corner, was syndicated across the U.S. She has been a comedienne on stage and regularly takes classes to hone her storytelling and improvisational skills. Throughout her career, Jan has combined the two worlds of science/technology and performance arts. During the years she was a consultant to NASA she also guest-starred on Outer Limits and The X-Files. 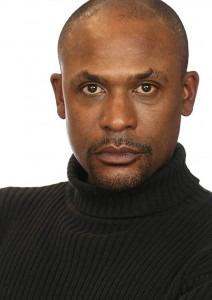 Michael is an extremely versatile and talented actor who has been performing in front of audiences since he was 10 years old. He studied the Uta Hagen method of acting at TVI School, in New York City, where he performed in various student films while developing  his craft. After several years in the New York market, Michael relocated to Seattle to tap into their growing entertainment scene. Since moving to Seattle, he has landed several principal roles, on both the big screen and on television.

Tyler is an actor, writer and director. He received a Creative Writing degree from Western Washington University and grew up on San Juan Island, WA. He and his brother grew up making short comedic films with the neighborhood kids in the small town of Friday Harbor. Tyler rediscovered his passion for acting after his talent agent discovered him working as a valet for a hotel in downtown Seattle. 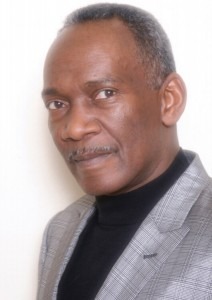 Malcolm has been a veteran stage actor in Seattle since 1973 after studying drama at the University of Washington. Most notable roles of late include, Hoke from  Driving Ms. Daisy, Grandpa from Night of the Iguana, and Pontius Pilate from The Last Days of Judas Iscariot. In 2014, he ventured into films, appearing in Divine Shadow, Shade of Music, and The Graveyard Shiftto name a few, with the latter two films being awarded Best Actor. He continues to devote his time and talent to the artistic landscape having equal success in both arenas as an actor. “I was told early on, if you have a God-given talent – use it or lose it!” 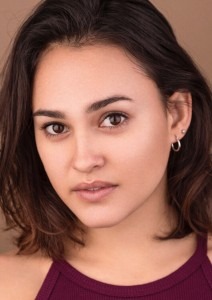 Mara Reltien is a French/American actor from the Caribbean. She was born and raised to Debbie, who worked in public health and Jerome Reltien, a general practitioner. She is of Spanish, Italian, French, Portuguese, German, Filipino and Chinese descent. She grew up as a swimmer in Saint Martin, speaks French and English fluently, and has some knowledge of Spanish. She got her B.F.A in Acting from Syracuse University and has decided to pursue an acting career on the West Coast. She’s worked on multiple student films, short films and this is the second independent feature film she will be in, the first one being “Ray Meets Helen,” directed by Alan Rudolph. She’s also been in multiple plays throughout her education. She believes that cinema wouldn’t be what it is today if we weren’t intermingling with other cultures, and that makes her passionate and excited to work internationally. 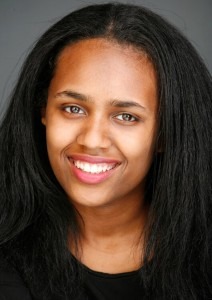 Embeba has grown up and lived in Seattle all her life, mainly settling in the northern region. Her involvement in the Seattle film industry started in 2015, when she worked as a receptionist at a casting office. From there, she slowly ventured into acting by taking classes from Casting Director Patti Kalles to hone her craft. This preparation led her to work on commercials, short films, and as an extra. She’s an avid believer in on-going training, and to always keep her hand in film as much as she can. 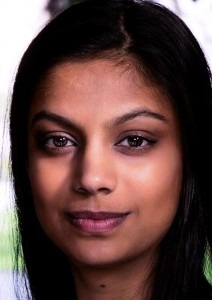 Esha More began acting in high school, participating in the school plays and musicals. She moved to film once she started college and really got to understand the business aspect of the industry. She loves to act because it allows her to empathize and experience the world in many different ways. She’s excited to see where a character takes her next.