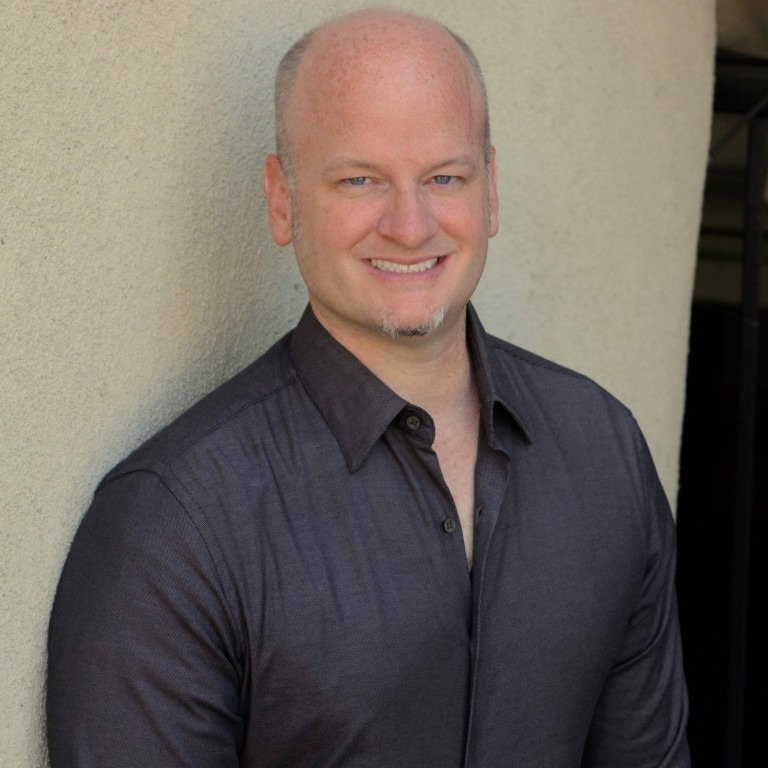 Allen Wolf has won multiple awards for his storytelling as an author, filmmaker, and game creator. 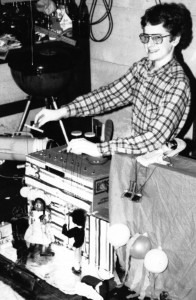 When I was a kid growing up in Ohio, I told stories through elaborate marionette shows for my friends and family. I submerged our clothing iron in a tray of water to simulate smoke for a scene with a warehouse fire. Used peanut M&Ms to represent food of the future for a trio of puppets whose house was taken over by a computer. Fixed a hose to the exhaust side of our vacuum to create a powerful (and surprising!) tornado effect.

My storytelling continued to blossom as I wrote my first movie script when I was nine, inspired by the original Star Wars movie.

When I was a teenager, my Uncle gave me a Super 8 movie camera and helped launch my love for making movies.

For my first film, I animated Lego figures for an outer space adventure (Way ahead of you, Lego movies!). For one of the scenes, I created mountains of snow for an ice planet using a hundred pounds of flour. My mother would’ve appreciated my cleverness if the flour hadn’t drifted into our ventilation system and spread a film across everything in the house. Creativity has its costs. 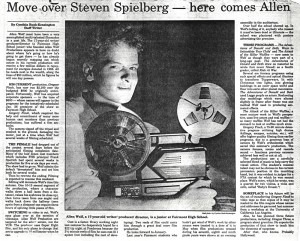 My movies ballooned in size and scope until I filmed a feature length film and premiered it my senior year of high school. The local newspaper announced, “Move Over Spielberg, Here Comes Allen!” No pressure there.

I moved to New York City to study filmmaking at New York University where people talked much faster, drank a lot of coffee, discussed lofty ideas, and ate at all hours of the night. I loved it.

While studying at NYU, I landed an internship with Robert DeNiro’s Tribeca Productions. I got a jolt of excitement whenever I glimpsed DeNiro wandering around his office. “Don’t talk to him,” his assistant warned. Fine. But at an after party for one of their films, I cornered his mom to bombard her with questions. Sorry, Virginia.

When I started an internship with Nancy Tenenbaum (producer of the Meet the Parents movies), I showed up at her office and she thought I was writer/director Steven Soderbergh. “What are you doing here?” she asked before realizing I was just a lowly intern. She had produced Steven’s first movie; I was still figuring out the subways. I’ve filled out since then, and now Steven and I barely resemble each other. 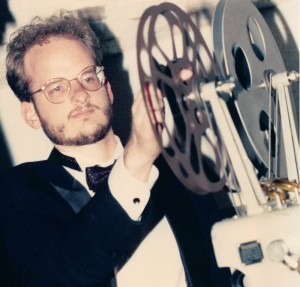 My last internship at NYU was with Sony Pictures Classics where I learned the ins and outs of film distribution. While I worked there, my NYU senior thesis film became a finalist for the Student Academy Awards. I was thrilled and ready to conquer Hollywood.

I shipped everything I owned to Los Angeles through UPS because a friend told me they would hold onto it until I found a place to live. They did!

I settled into an apartment in Santa Monica, determined to make it. I worked in various jobs in entertainment and marketing while writing screenplays and cutting my hair with a Flobee (nicknamed the suck-and-cut) to save money.

As I grew artistically, I began to meet all kinds of interesting people. One highlight was meeting Ben Affleck at a fundraiser. I didn’t realize I wasn’t supposed to just walk up to movie stars and shake their hands so I did. I later met Gwyneth Paltrow and couldn’t stop thinking how hilarious it was that I was talking to her with my suck-and-cut hair. She asked me a slew of engaging questions and I wondered if we would one day marry. 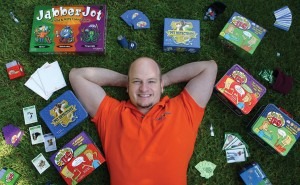 While I was working on getting my first movie made, I created a game to help two friends get to know each other better. I printed out question cards and fashioned a dice shaker out of an empty baby food bottle. They got a kick out of “You’re Pulling My Leg!” and my friends thought I should turn it into a real game. So I did. Then I kept going. I created five games that won 38 awards and were played by hundreds of thousands of people around the world.

Thankfully, Gwyneth and I didn’t get hitched because I eventually met a wonderful woman named Ramesh.

The year we started dating was the year my first real movie finally made it to the screen. I spent years writing and producing In My Sleep which you can see on iTunes and many other places.

In My Sleep premiered at the Arclight Theater in Hollywood and we became the number one new independent movie on opening weekend. It played in fifteen cities around the country and won Best Picture or the Audience Award at a slew of festivals.

The Happiest Place on Earth 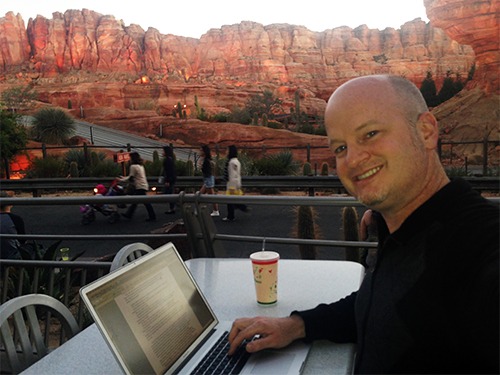 I continue to work on screenplays while writing novels as well. I’ve been to Disneyland over 400 times because it has been an inspiring place to write. (and because I’ve always wanted to build my own theme park someday).

My favorite writing spots have been Flo’s V8 Diner in Carsland, the Hungry Bear Restaurant in Critter Country, and the street in front of the castle, though sometimes I’d get mean glares from tourists. I think they thought I was on vacation but forgot to leave my workaholism at home. One time a six-year-old even wandered up to me while I was writing a crucial scene, stomped his foot and said, “You shouldn’t be working!” before running back to his parents. 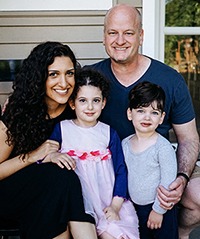 My newest project, a sequel to The Wizard of Oz, brings to life my passion for creating new worlds, lovable characters and exciting fiction for a classic story beloved by generations.

As I continue on this creative adventure, my wife and I are raising our daughter and son who each seem to have a burgeoning imagination and a great sense of humor (do all parents think that?).

I’m hard at work writing more stories, working on future movies, and trying to be the best husband, dad, and friend I can be. I’m thankful to God for giving me many opportunities to express my creativity. Let’s be in touch. Thank you for being interested in my journey!