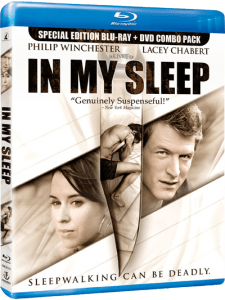 “Genuinely keeps one guessing throughout the movie. The pacing is superb and the performances topnotch. Allen Wolf has created a very well made thriller.”

“Will appeal to movie-buff viewers who appreciate the pursued-pursuer, Hitchcockian style of suspenser. In My Sleep never rests, a credit to the tight, psychologically astute pacing of filmmaker Allen Wolf.”

Marcus is afraid to go to sleep…

He fears he becomes someone else while sleepwalking to hide a dark secret. The police close in as Marcus frantically investigates his own nocturnal activities, desperate to figure out what happens when he goes to sleep. His journey to uncover the truth leads him to a shocking discovery. 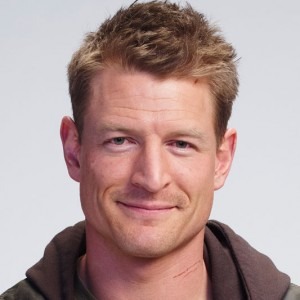 Philip Winchester is currently starring in Law and Order: SVU. He is perhaps best known for his role as sgt. Michael Stonebridge in Cinemax’s Strike Back. He has since starred in NBC’s The Player and Dick Wolf’s Chicago Justice. He graduated from the prestigious London Academy of Music and Dramatic Art. While in London, Winchester appeared as the lead in numerous stage plays. Winchester traveled with the Royal Shakespeare Company and played Edmond in King Lear opposite Ian McKellan. He grew up in Montana, is married to his high school sweetheart, and has a daughter.

Lacey Chabert first gained prominence as a child actress on television for her role as Claudia Salinger in the television drama Party of Five. She has also provided the voice of Eliza Thornberry in the animated series The Wild Thornberrys and two feature films, and Meg Griffin during the first production season of the animated sitcom Family Guy. In film she has appeared in Lost in Space, Not Another Teen Movie, Daddy Day Care, Mean Girls, and the horror remake Black Christmas. Chabert has also starred in several Hallmark Channel movies. 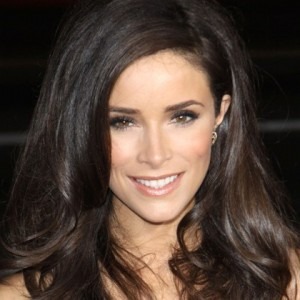 Abigail Spencer currently stars in NBC’s Timeless. She’s also known for her performances in the films Cowboys & Aliens, The Haunting in Connecticut 2: Ghosts of Georgia, Oz the Great and Powerful, and This Is Where I Leave You, and for roles in television series Angela’s Eyes, Mad Men, Hawthorne, and Suits. She also stars as Amantha Holden in the Sundance Channel drama series Rectify. Spencer was born and raised in Gulf Breeze, Florida, the daughter of Lydia Ann (Brown) and surfer Yancy Spencer III. She has two brothers, Yancy Spencer IV and Sterling Spencer 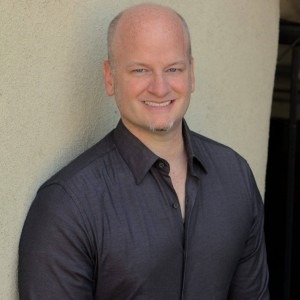 Allen Wolf has won multiple awards as a filmmaker, and game creator. In addition to his work on In My Sleep, Allen did story consulting for the Hulu series Complete Works and produced several award-winning shorts. He graduated from New York University’s film school where his senior thesis film was a finalist for the Student Academy Awards. He married his Persian princess and they have two kids together. Allen cherishes traveling, spending time with his family, chocolate, and visiting Disneyland. 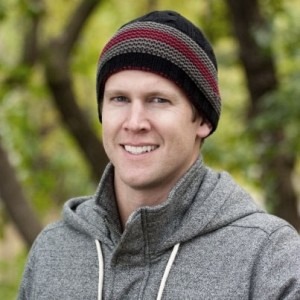 David Austin has produced as well as acted in a variety of documentaries, shorts and features. He was inspired to be a filmmaker at an early age by the legacy of his great grandfather George Irving, a prominent actor and director during Hollywood’s golden era. A graduate of Westmont College in Santa Barbara, Austin leads an adventurous life. He studied and traveled throughout Asia where he worked for a manufacturing company and taught English. In addition to David’s film work, he enjoys writing articles for books and magazines. 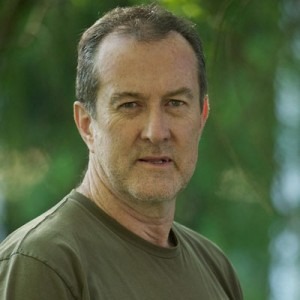 Ralph Winter has helped to produce blockbuster movies such as the X-Men, Fantastic Four, and Star Trek series as well as I, Robot and the first remake of Planet of the Apes. His films have grossed collectively over $2 billion. He executive produced the sequel to Crouching Tiger, Hidden Dragon and produced The Promise, starring Christian Bale. Winter is a member of the Directors Guild of America and the Academy of Motion Picture Arts and Sciences.
SEE MORE FILMMAKERS
WATCH BEHIND THE SCENES VIDEOS
Toggle Sliding Bar Area